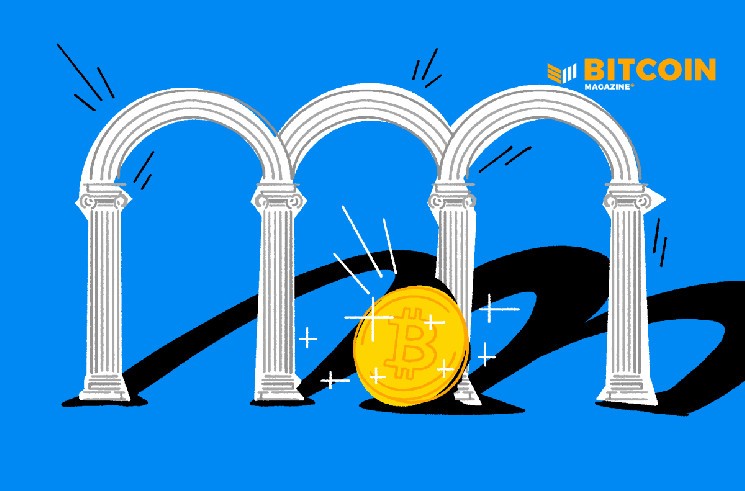 This is an opinion editorial by Robert Hall, a content creator and small business owner.

President Biden on Wednesday announced a student loan relief package designed to lower the debt of millions of Americans across the country. Current and former students with student loans are poised to have $10,000-$20,000 in debt wiped out, depending on the loan type.

It is estimated that 43 million Americans will receive some benefit from this new plan. This may be a good thing because people struggling to pay their student loans were likely never going to pay them back in the first place. Is this a good policy? It depends on who you ask. If you ask a Democrat, they might say Biden’s plan doesn’t do enough to help low- and middle-income Americans.

If you ask a Republican, they are likely to say this policy isn’t fair to those who worked hard to pay off their debt. Both sides have a point, and no one would have been happy with whatever he announced. What might the typical Bitcoin Maximalist think about this policy?

I don’t speak for every Bitcoiner out there, I can only speak for myself, but fundamentally it doesn’t matter what the federal government does because it is functionally bankrupt. They know it, we know it, but the rest of society either doesn’t know it or doesn’t want to accept the reality that we are in, so they play along with the charade.

At a fundamental level, Biden’s student debt relief plan is a voting buying program on a national scale. Democrats know with inflation at 40-year highs and sky-high gas prices, this doesn’t end well for them in November. Wiping away debt for millions of Americans will be enough of an incentive for people to vote for Democrats in November. The odds of a red wave happening are becoming less likely.

A quote by Alexander Fraser Tytler Lord Woodhouselee stood out to me, and I believe it applies to the current state of affairs. He states, “Democracy cannot exist as a permanent form of government. It can only exist until the voters discover that they can vote themselves money from the Public Treasury. From that moment on, the majority always votes for the candidates promising the most benefits from the Public Treasury, with the result that a democracy always collapses over loose fiscal policy followed by dictatorship. The average age of the world’s greatest civilizations has been 200 years.”

Considering what has happened over the last two years with censorship, forced vaccination and outright propaganda from the legacy media, this quote is eerily accurate.

The odds that America survives in its current form under these conditions will require a ton of hopium and prayer, I suppose.

Will Wiping Away Student Debt Help Bitcoin In Any Way?

Will eliminating student debt help bitcoin at all? The honest answer is maybe, depending on the age profile of the average student loan holder and bitcoin buyer.

The demographics are aligned when you cross-reference this data with the average “crypto” buyer. A report created by STILT found that 94 percent of all cryptocurrency buyers are Generation Z and millennials between 18-40. Millennials make up 76 percent of that total percentage.

The average student loan debt for millennials was $43,210. The demographic aligns perfectly, so if this debt relief plan goes into effect, there is a potential for the $10,000 that would have been sent to the federal government to pay back student loans that could be conceivable spent to buy Bitcoin.

Will this phenomenon materialize in the future? One could hope, but I wouldn’t bank on it happening because the study involved cryptocurrency in general, and if you are still dabbling in shitcoins, you are not ready for bitcoin, period. If this debt relief plan ends up helping some Bitcoiners free up some capital to invest in more corn, it’s all good with me. LFG. The system is collapsing in real-time, and the people that understand Bitcoin should reap the benefits from early adoption.

In the end, Bitcoin wins, so the federal government can forgive all the debt it wants; it’s still game over for them. Stack sats, stay humble and take care of yourself and your family.

This is a guest post by Robert Hall. Opinions expressed are entirely their own and do not necessarily reflect those of BTC Inc. or Bitcoin Magazine.