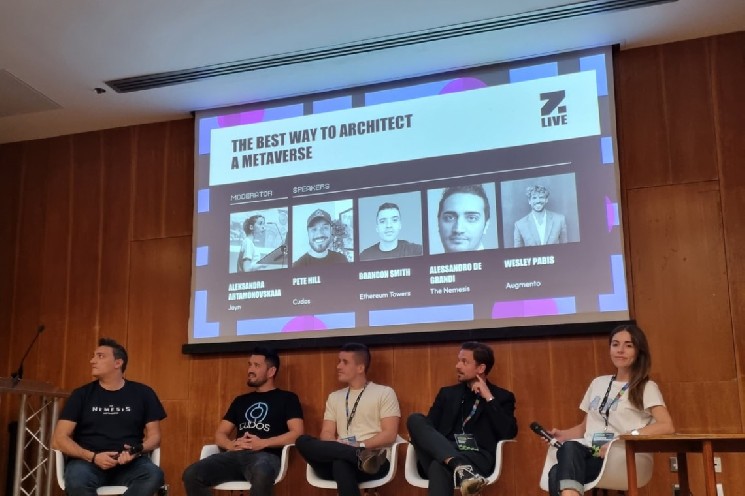 During the first day of the Zebu Live event being held in London, a panel titled “The best way to architect a metaverse” (aka the best way to build a metaverse) was held on the Alpha stage in the presence of companies such as The Nemesis, Cudos, Augmento and Ethereum Towers.

The Nemesis is an app for mobile (iOS and Android) and also usable from the web on desktop, which is really easy to use.

As a “blockchain-agnostic” project, Alexander explains, it supports Solana, Ethereum, and Polygon, but actually to use the Nemesis metaverse one does not need to interact with cryptocurrencies, blockchains, or NFTs. Those who want to enter the metaverse, in fact, do not even have to have a wallet at all, but simply use it as an aggregation and gaming platform.

This, de Grandi explained on stage at Zebu Live, is a choice that was made by the Nemesis team in order to bring more and more people to quickly and easily switch from Web2 to Web3 and thus have a larger user base that can use the app.

Founded in 2020 in Amsterdam, Augmento.com is a company that designs and decorates the metaverse by collaborating with brands that want to open their shops in virtual worlds, for example. Their job is to interpret real-world objects and transport them into the metaverse for example through augmented reality so that the experience is immersive and user engagement is increased.

Brandon Smith explains that Ethereum Towers is a metaverse created for an audience of non-gamers who want to consume products in a different way. This translates into a kind of social platform that currently consists of 4,388 virtual apartments built on two towers where users can interact.

This is a layer 1 blockchain that provides access to scalable computers around the world to have fast transactions with low fees.

As Hill defines it, it is an “Airbnb of crowd computers,” which metaverses need in order to have functioning platforms where lots of users interact and exchange microtransactions. 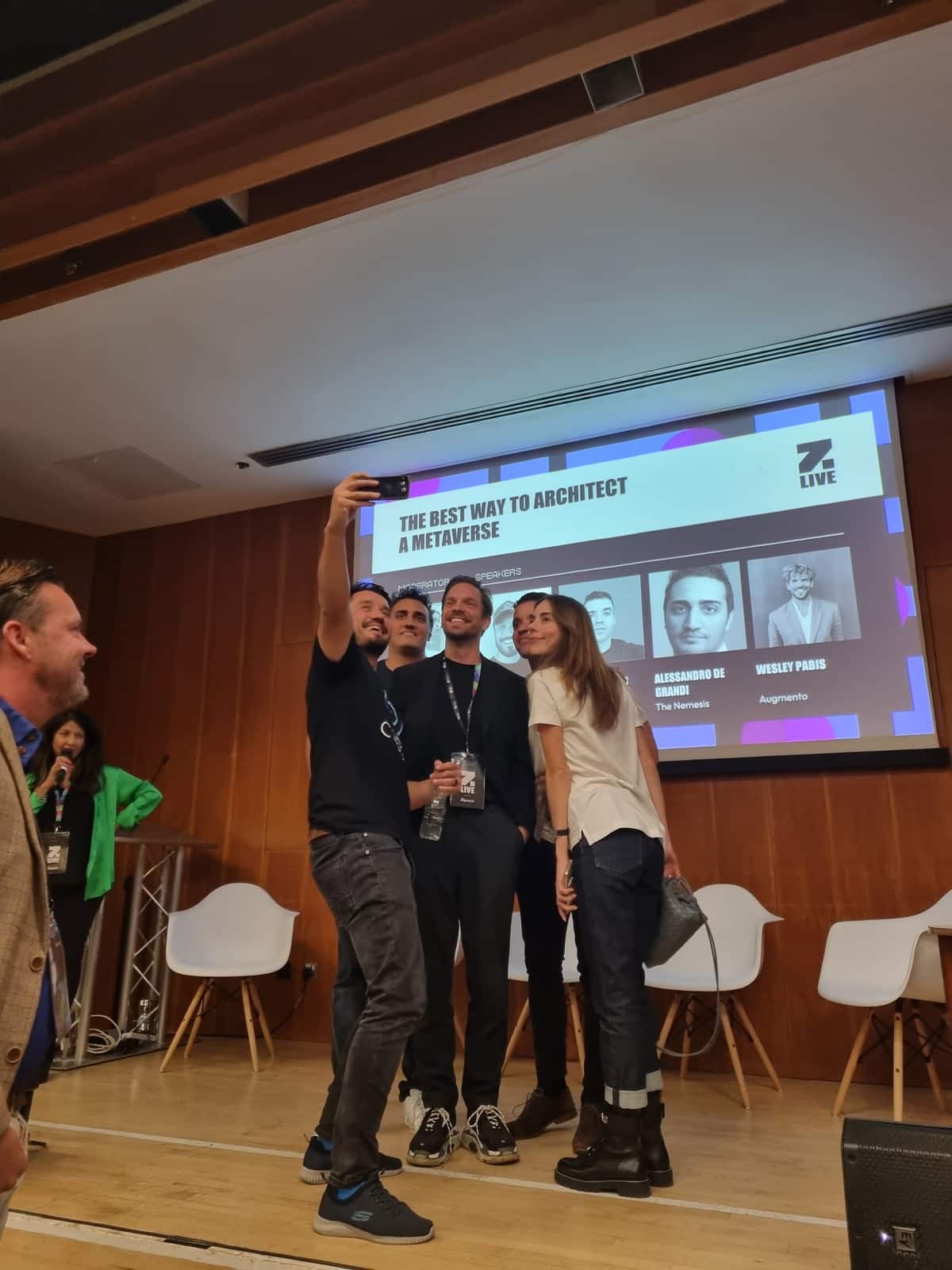 The panel with metaverse experts

Metaverse: what is the real definition?

So after a brief introduction of the panelists and their companies, the heart of the discussion begins to try to first understand what a metaverse is and try to agree on a single definition.

The problem also pointed out some time ago by Phil Spencer, head of the Xbox brand and CEO of Microsoft‘s gaming department, and Eric Schmidt, former CEO of Google, is that gamers might be confused by the concept of a metaverse because there is no real clear definition of what it is.

So that’s perhaps why the panelists took turns trying to answer this question, and what emerged was that the metaverse could be defined as a virtual world that interacts with the real world through technologies such as AR, NFT, and oculus so that you have an experience in the real world as well.

Companies such as Augmento.com, for example, are focused on the world of augmented reality, which is seen as the bridge to get more people into the metaverse.

Going further, Brandon Smith explains that the metaverse is thus a new type of platforms that allow content to be consumed in a different way and also a way by which users themselves can create content and experiences.

According to Pete Hill, it is an “immersive Internet”

The metaverse is not just Web 3

As Alessandro de Grandi explains, the big hype around the metaverse sector started with Facebook’s announcement of Meta, a project not related to crypto or blockchain, and in fact the current state of the art is that the ecosystem is not directly related to the world of NFTs. The mass market mostly uses social networks, so the effort of companies is to move users from the social world to the metaverse and then find ways to unite Web 2 with Web 3.

To accomplish this, De Grandi explains, there is still a lot of work to be done because for now there is no ready ecosystem and many users are still afraid or unfamiliar with the crypto world:

“Before moving to play to earn, we have to do earn to play to provide education and we have to teach people step by step how to use these platforms.”

The lack of interoperability between metaverses

In addition to the problem of educating the masses in the use of cryptocurrencies and also finding ways to make the platforms more and more user-friendly, Hill explains that there is also the need for interoperability between metaverses and between different blockchains, which he is trying to do with Cudos.

The other issue is also the graphical quality and high expectations coming from the state of the art in video games. The metaverse, on the other hand, has not yet reached high graphical levels.

“We have to try to get to reality, not to the graphical level of Sandbox.”

In short, there is still a long way to go for the metaverse, but it is certainly a technology that is here to stay.

UAE Ministry of Economy opens up new headquarters in the Metaverse

How Will NFTs Affect The Future Success Of The Metaverse?

Virtual Humans: The Next Frontier Of The Metaverse

Armani Beauty in the Metaverse on Fortnite

Metaverse Dating: Can You Find Love Based on What NFTs You Hold?

UAE Ministry of Economy opens up new headquarters in the Metaverse

How Will NFTs Affect The Future Success Of The Metaverse?

Virtual Humans: The Next Frontier Of The Metaverse

Armani Beauty in the Metaverse on Fortnite

Metaverse Dating: Can You Find Love Based on What NFTs You Hold?

Ripple Rival Stellar (XLM) Among Top Unprofitable Cryptocurrencies of Week as of Now
29.09.2022