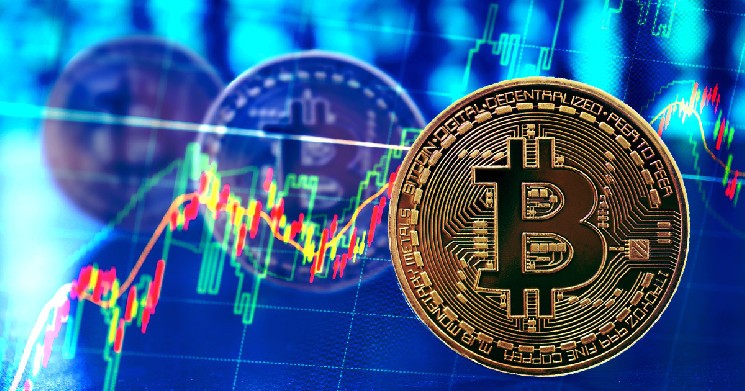 The Bitcoin halving refers to an event where miners’ block rewards are cut in half. This occurs roughly every four years, depending on when a total of 210,000 blocks have been mined from the previous halving go-live date.

As a result, the number of new tokens entering circulation slows and fewer tokens enter the supply – making Bitcoin more scarce over time.

Where are we in the current Bitcoin halving cycle?

The third and next halving is on track to finalize on March 25, 2024, with approximately 75,000 blocks left to mine before hitting that point.

Based on this moving estimate, the number of days from the previous halving, on May 11, 2020, comes to 1,414 days. Previous halvings took:

The price on halving day has, so far, recorded gains above the price on the previous halving day, lending support to the theory that BTC scarcity drives price upwards.

But is that the full story?

Realized Price is calculated by taking the realized total market cap and divided by the number of Bitcoin in circulation. In other words, Realized Price is an alternative to the actual market price and measures what the market as a whole paid for its BTC on average.

Traders consider Realized Price as on-chain support and resistance price levels. An actual price above the Realized Price indicates the market as a whole is in profit and is thought of as a sell indicator (bearish).

In contrast, an actual price below the Realized Price indicates the market as a whole is at loss and is thought of as a buy (or bottoming) indicator (bullish).

On-chain analysis of Glassnode data revealed continuous extensive periods of the Realized Price below the actual price in the run-up to each respective halving go-live date.

The first halving saw BTC below the Realized Price for 299 days before the next halving occurred some seven months later in July 2016. 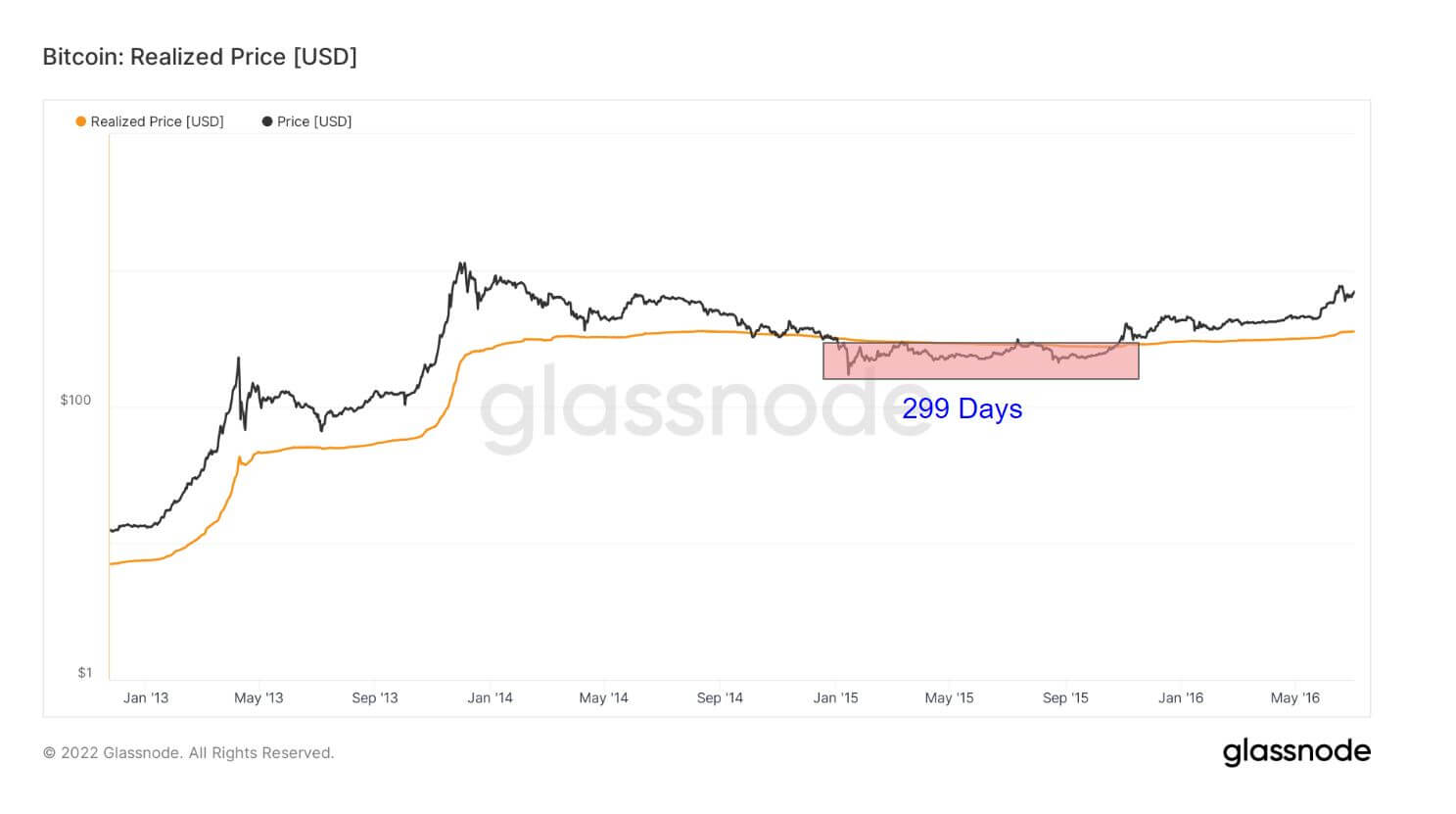 The second halving saw BTC below the Realized Price for 134 days (and again briefly in April 2020) before the next halving occurred approximately twelve months later in May 2020. 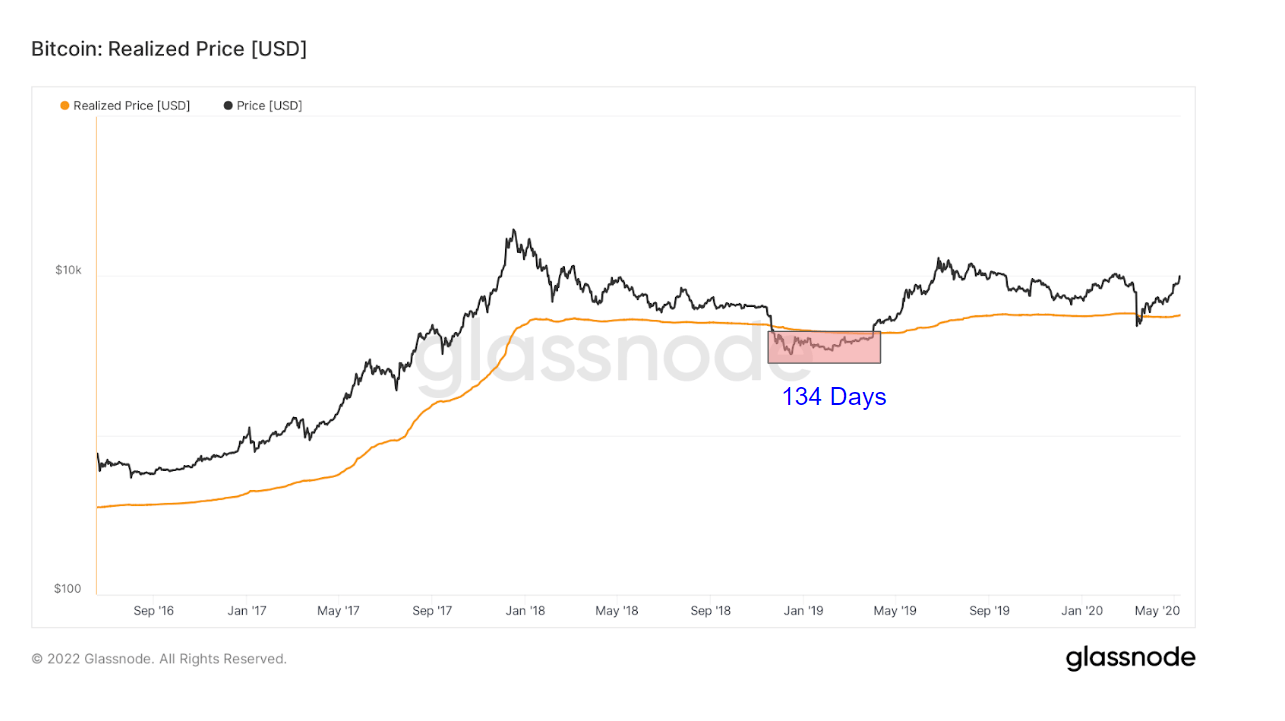 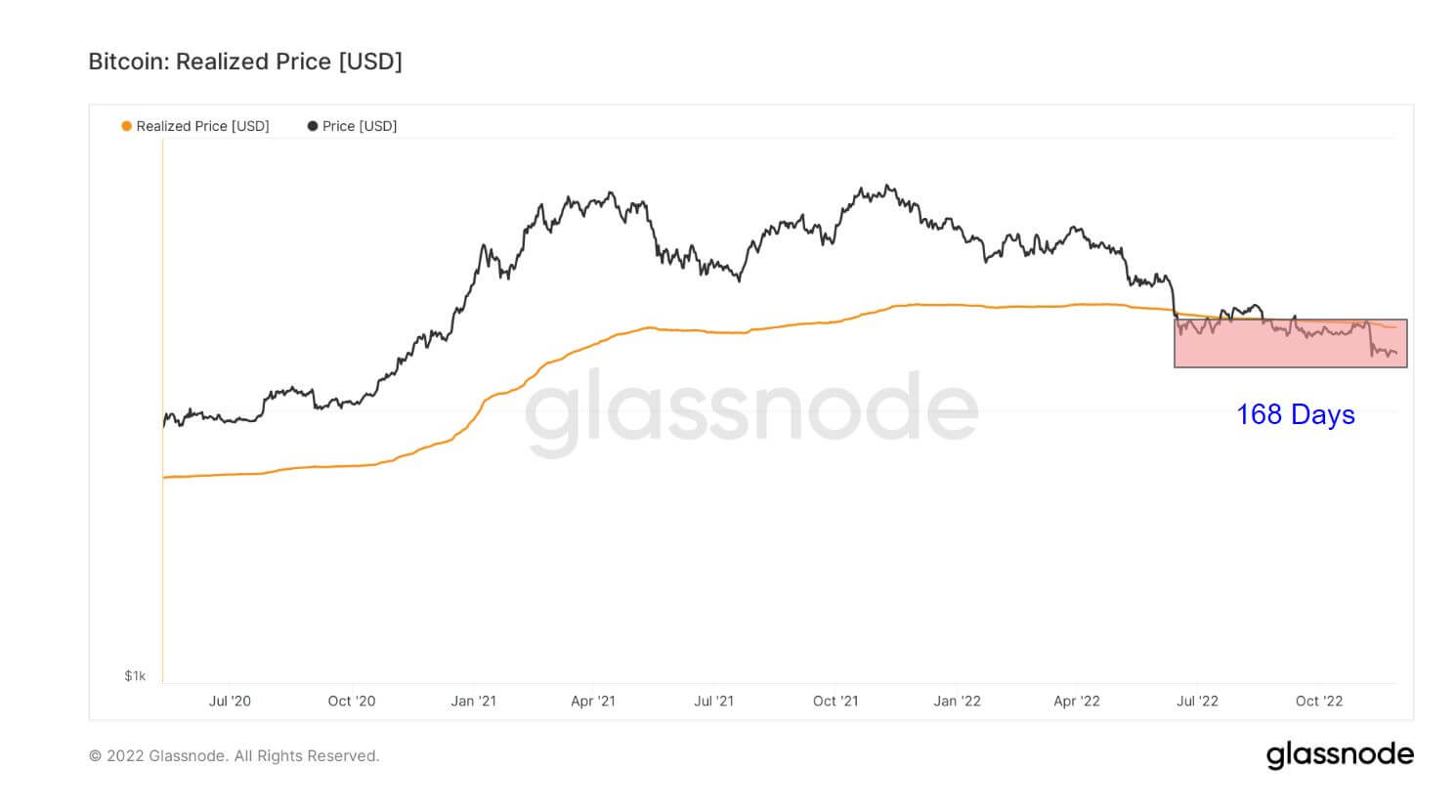