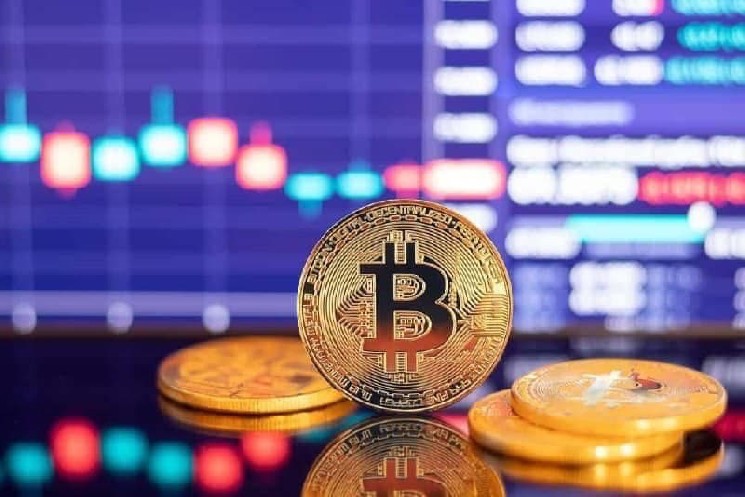 Both Bitcoin (BTC) and the stock market have moved in tandem, generally, this year, but the more recent divergence in their movements opens up the question of potential stability in crypto prices and BTC being used as a store of value and perhaps a better investment overall.

Senior Commodity Strategist at Bloomberg Intelligence, Mike McGlone, seems to follow a similar train of thought as he took to Twitter on October 20 to share his outlook on the equities vs. Bitcoin debate.

According to McGlone, the price of Bitcoin has never been lower than its 200-week moving average, but the present price is four times lower than it was at the end of the first quarter of 2020, which may be an indication of an ongoing bull market.

“Our graphic shows the crypto consolidating just above this level since first trading there in June, and like most risk assets, it’s subject to moves in stocks, particularly if they continue to drop. A key question toward the end of October is what stops the ebbing stock-market tide, and it’s unlikely to be the Fed.” 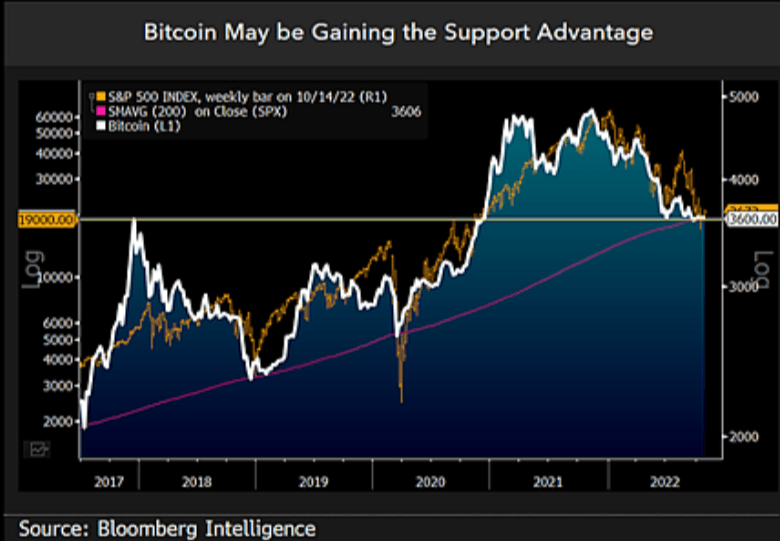 What will stop equities from dropping?

While it is difficult to predict when the stock market will stop dropping, the news coming from the Federal Reserve (Fed) regarding interest rates is still leaning towards more large hikes, which should keep the stock market valuations depressed.

To that end, McGlone mused:

“Further deflation in the S&P 500 may be a top factor to slow the pace of central-bank tightening as the world leans toward recession. An elongated deflationary period makes sense in the aftermath of the greatest pump-then-dump in US money-supply in history, which may buoy Bitcoin as a store of value.”

It may be, then, that a place to hide has been finally revealed for battered investors if stocks continue falling and the BTC price remains stable. Crypto markets may offer refuge from falling stock, gold, and other asset prices.

Disclaimer: The content on this site should not be considered investment advice. Investing is speculative. When investing, your capital is at risk.