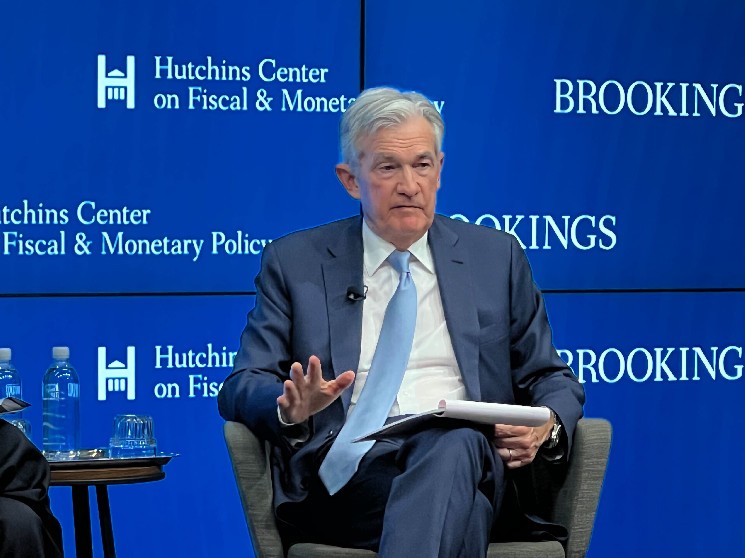 “It makes sense to moderate the pace of our rate increases as we approach the level of restraint that will be sufficient to bring inflation down,” Powell said at an event at the Brookings Institute in Washington D.C. “Time for moderating the pace of rate increases may come as soon as the December meeting.” A 50-basis point hike would lift short-term rates to a target range to 4.25 to 4.50%.

Speculation over a smaller rate hike mounted in recent weeks after two consecutive lower-than-expected inflation reports by the Labor Department gave central bankers some relief that price pressure is starting to cool.

The Fed chair also said that the terminal rate would be higher than previously forecasted in the latest economic projections by the FOMC in September, which projected rates going as high as 5%.

“The ultimate level of rates will need to be somewhat higher than thought at the time of the September meeting in the summary of economic projections,” Powell said.

Powell’s comments come after a report from payroll processing firm ADP on Wednesday showed that private hiring slowed to its lowest level since January 2021 after companies added just 127,000 jobs in November, a steep drop from the 239,000 reported in October.

On Friday, the Labor Department will publish a fresh nonfarm payrolls report which, in addition to the consumer price index (CPI) next month, will be the last major economic data the Federal Open Market Committee (FOMC) sees before its meeting on Dec. 13-14.